Or: Why many companies are not a cat, but have a cat condition

Schrödinger’s thought experiment from 1935 has gone down in history. It contrasted an approach from quantum physics with the actually perceptible world. The semi-, almost, not or completely dead cat has also entered popular culture in a simplified – and slightly misappropriated – form. The setup: A cat is locked in a box with an atomic nucleus. The atomic nucleus decays with a probability of 50%. And when it does, it releases toxic gas that kills the cat. Whether the cat is alive or dead is only known when you open the lid and look into the box. From the point of view of quantum physics, it is possible that a system has two different states at the same time up to the point of measurement – so until there the kitten is alive and dead at the same time.

This emblematic kitten follows me like ghosts to little Haley Joel Osment in The Sixth Sense. (“I can see dead cats!”) The problem, as paradoxical as it may sound at first, is not even the dead kitten itself, but the box she’s in. Because as long as it remains unopened, nobody knows that the cat is dead. And everything takes its course as if it were still alive. Often a whole pile of uneaten food lies in front of it, and yet nobody dares to open the lid under which the corporate strategy lies. Alive or dead.

… you might think now. The answer: more than you think. My starting point here is that nobody knows whether the cat is still alive or already dead. The cat lover and the company may have long since experienced a crisis – but nobody looks into the box. That’s why nobody notices whether the company may already be dead. In reality, the problem is usually older. Problems with corporate strategy are the first step in most crisis situations, but often remain undetected for far too long. Why?

Strategy work is complicated and complex. And it always triggers concern that wrong decisions will have a lasting negative effect due to the extensive effects or that earlier mistakes or omissions may become visible. Obviously, the inhibitions to intervene in a regulatory or innovative way are very great. A recent survey conducted at the beginning of 2019 shows that false restraint has become widespread: Three quarters (sic!) of German managers doubted their own strategy. Almost a third of the companies assumed that they could not offer any unique added customer value. Every fifth company has no groundbreaking strategy at all. Moreover, more than half of them did not agree on what the core competencies of their own company actually were. (Cf.: Strategy& Survey of January 2019.) So there is enormous potential for improvement here.

Another challenge: the strategy process and its organization. Deloitte took a closer look and looked at the roles and mutual expectations of the different actors involved in the strategy process. The results are too multi-layered to be presented here in any way, but a few moments have run through the entire survey: Hardly any node sees its expectations confirmed in the others. Apparently, there is a general lack of clarity as to who is responsible for what. It was also conspicuous that apparently nobody explicitly takes care of the implementation planning. These results were particularly drastic when the strategies also required a change. In summary, it can be seen that all participants expected more commitment from almost every other participant. Almost without exception, only the commitment of the CEOs themselves was assessed as positive.

However, it is clear – and there are so many studies for this that it should be common sense – that a company’s strategy has an enormous impact on its success. And that companies wait far too long and do not recognize or react to crises until they are very far advanced. (Alarmingly, about a third of companies don’t even react when the earnings crisis starts. Then it doesn’t burn anymore – the flames are already drying up by themselves and have already taken everything combustible with them. Notes burn very well.)

The interim manager and the cat condition

In short: Many – if not most – companies take too little and too unstructured care of their “cat state”. By the way, physicists speak of a cat’s condition here if a measurement could be made to show whether the cat is dead or alive. We interim managers in our mandates often find ourselves in the role of the person who is responsible for eliminating the superposition – i.e. different states that overlap each other. Lifting the veil from the strategy problem. And to find the murderer.

Very often it is similar factors that poison the tenant: suboptimal communication, blurred responsibilities, unclear goals, no good cooperation across departments, no concentration on core competencies, an outdated business model. In addition, the framework conditions, such as market trends, are not reviewed regularly enough. The killer is very rare, usually a combination of factors such as the one mentioned here is striking. In addition, the strategy process has no predetermined structure that is transparent for all parties, which is why such problems remain undiscovered for a long time.

Each individual “station” in the strategy process must be treated in an organized and structured manner – analysis of the market environment and the company itself, strategy development, implementation including planning and controlling of actual implementation and target achievement – and for each element in which the individual stations disintegrate, there must be a responsibility, a clear responsibility. This sounds as simple as lifting a lid from a box, but is actually as difficult as digesting the death of a beloved pet.

And because this is just as difficult, you should use appropriate methods, each of which provides a framework and takes some things out of the balance. The use of Balanced Scorecards (BSC), for example, can be very practical here. Objectives and Key-Results (OKR) or regular, professionally conducted strategy reviews are also promising approaches. Perhaps the most important thing is not to leave the cat unattended. Strategies have to change when the framework conditions change. And that’s what they’re doing – just as they always do, but faster now. The fact that a company today does not rethink a strategy it has pursued over the last ten years on principle may therefore come as a surprise.

The most successful companies not only have suitable strategies, they also have suitable methods for regularly checking the suitability of these strategies and, if necessary, intervening to correct them. Precisely because it is difficult to recognize a strategic crisis if you do not know how to search. And because a strategic crisis, if you don’t respond to it, almost always constitutes the first step that leads to “more tangible” crisis stages.

Early intervention is advisable simply because every solution requires room for manoeuvre – after all, something has to be changed. The earlier one intervenes, the more room for manoeuvre one has and the less it costs. In some cases it may even be possible to make a virtue out of necessity; but only if there is still enough room for manoeuvre. In case of doubt, it is always a good idea to call in specialists – if there is no one internally, then someone external. This is also the case when a strong focus on day-to-day business does not allow complex strategy work to be carried out. Nothing is worse than leaving the poor kitten to rot unnoticed. It could take the whole business with it. And an interim manager would have liked to have looked into the box for you … and nursed the cat, if necessary resuscitated in time.

And: Yes, of course I know that the thought experiment around Schrödinger’s cat was not meant directly. But then the metaphor wouldn’t have worked so well … The creepiest thing about this is that the Nobel Prize winners of 2012, the quantum opticians Serge Haroche and David Wineland, actually managed to measure the (two) states without destroying one of them. Among other things, an important breakthrough for the development of the quantum computer. So the symbolic cat is really alive and dead at the same time (!). In comparison, even complex business problems seem relatively simple – because you can get help for them. No one can help you with quantum physics. 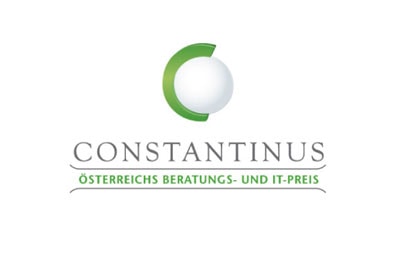